The value chain for West Coast Rock Lobster (also known as lobster, crayfish and kreef) in South Africa epitomises the glaring contradictions inherent in our capital-intensive, globalised food system. Historic over-exploitation, a failed and now slow recognition of traditional fishers’ rights, combined with strong market forces feeding an illegal industry, have resulted in a crisis in this fishery, where many have advocated for fishery and/or market closures.

Coding for Crayfish follows the efforts of fishers in a small community on the West Coast of South Africa, who have co-designed and embraced simple but integrated technologies to develop their own Community-Supported Fisheries, connecting directly with a local market, thereby re-imagining a shorter, transparent and equitable supply chain that can assist with efforts in fisheries rebuilding.

Once the traditional food for working-class and poor coastal communities, lobster has for decades been a high-value export for the industrial fisheries sector. During the apartheid years in South Africa small-scale, predominantly black fishers were not permitted to harvest and sell in their own right, but harvested for white-owned companies that exported lobster. Recreational fishers were allowed to harvest a small quantity for their own enjoyment, and for many wealthier South Africans, summer holidays are synonymous with a crayfish braai (barbeque).

Following the first democratic elections in South Africa in 1994, small-scale fishers hoped that their access to marine resources would be recognised. However, control of the lobster value chain remained largely in the hands of the established industry that centralised processing and export. In 2007, the small-scale fishers finally won the support of the Courts in forcing the Department of Fisheries to grant them an interim permit to harvest lobster, pending the finalisation of a new policy for small-scale fisheries. This interim permit system, while certainly well-intentioned, played into the hands of the industry that continued to control the processing and sale of lobster. Small-scale fishers became price-takers in a sophisticated, export-oriented fishery, while ordinary South Africans no longer had access to lobster at an affordable price.

For the past three decades, the industry has exploited the growing global appetite for lobster and over-catching became a familiar, albeit hidden, component in South Africa’s lucrative lobster exports. In the past decade, however, the lobster value chain has increasingly become entwined with the illegal abalone industry mixing in with the toxic combination of illegal drugs, weak fisheries monitoring and enforcement and high levels of corruption. Marginalised small-scale fishers have been easy prey in this environment and significant numbers have been steadily drawn into over-catching and under-recording practices that enable the export and local sale of a greater quantity than is legally recorded. While there is hope that a new Small-scale Fisheries Policy for South Africa, currently being implemented, will turn the tide, many challenges remain.

Unsurprisingly, given that seafood is one of the most traded global commodities, the export of South Africa’s West Coast Rock Lobster crashed with the closure of national borders and global markets during the COVID-19 pandemic. These closures brought already vulnerable small-scale fishing communities to their knees in a growing sea of poverty and associated social ills.

The ability to trace seafood and account for its journey ‘from hook to cook’ is a critical element in our ability to transform our food system. Without knowing where and how food is produced, we cannot carefully craft a new food system: one that values and supports sustainable sources of food, cares for the people who labour to create or harvest this food, and that strengthens human and climate health, thereby enabling communities to build resilience to pandemics and other global crises. It is towards this economy of care that ABALOBI has, since 2015, co-designed ICTs in the form of mobile apps and cloud-based systems in partnership with small-scale fishers.

ABALOBI is a South African-based, global social enterprise. Our mission is to contribute towards thriving, equitable, Climate Change resilient and sustainable small-scale fishing communities globally, through the joint development of Technology For Good.

Read about our work and engage with our integrated approach to social, economic and ecological change in small-scale fisheries.

Produced by ABALOBI in collaboration with Amehlo Productions 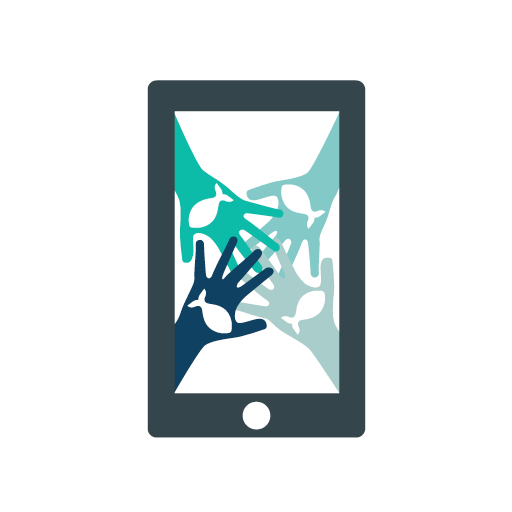 © ABALOBI ICT4FISHERIES 2022. All rights reserved. For documentary use rights please contact us.